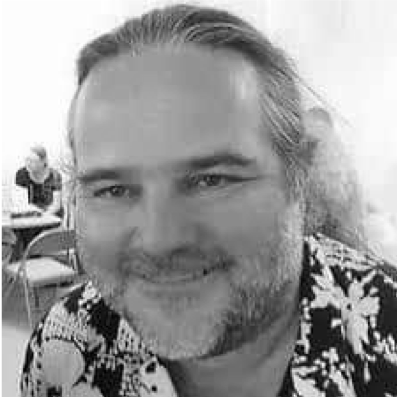 Kevin Andrew Murphy grew up in California, earning degrees from UCSC in anthropology/folklore and literature/creative writing, and a masters of professional writing fromUSC. Over the years he’s written roleplaying games, short stories, novels, plays, and poems, andcreated the popular character Penny Dreadful for White Wolf, including writing the novel of thesame name. Kevin’s also a veteran contributor to George R.R. Martin’s Wild Cards series. His Wild Cards story “Find the Lady” for Mississippi Roll won the Darrell Award for Best Novella for 2019, and he has a graphic novel featuring his character Rosa Loteria currently being illustrated, plus other projects in the works he can’t announce just yet. He brews mead, plays games, and like a proper medieval gentleman, has a whippet.

Tell me about yourself. Where are you from? What’s your background?

I’m from California and grew up in Silicon Valley. I  went to college at UCSC and grad school at USC, majoring in creative writing and anthropology as an undergrad and professional writing for my masters.

What kinds of stories do you write? Why?

I write fantasy and science fiction with occasional horror or mystery and usually involve some mythology and literary allusions and oftentimes comedy as well. It depends on the story.

Which of your short stories is your favorite? Why?

I’ve written so many stories that it’s hard to pick a favorite, but “Find the Lady” in Mississippi Roll, one of the recent Wild Cards volumes, won the Darrell Award for Best Novella last year, so I’m very happy with that. That was one of my forays into romance as well, so I’m so glad people liked it.

What author has had the greatest influence on your writing? Why?

Of all the authors I’ve read, I think my biggest influences were my favorites as a child, Joan Aiken and John Bellairs. I consider myself a stylist and I think I get that from Aiken, who in turn was inspired by Jane Austen. Bellairs showed me the fun writers could have with dark magic and the occult.

What’s the craziest thing you’ve ever done? Tell me about a time you almost died.

Craziest thing I’ve done is also the time I might have died. I was in college going caving with my girlfriend and my best friend and I was rappelling down a twenty-foot chute when I thought the rope might be slipping. Made a snap judgement for safety and skinned my finger going down. But we found the coffee can at the bottom of the cave with all the signatures of the deepest delvers. The cave was blocked off a few years later for safety.

What was your favorite subject in school? Why?

My favorite subject in school was English, since I love literature and writing. Perversely penmanship was my worst subject in grade school, but once I learned how to type I never looked back.

What’s your favorite book? Why?

My favorite book is probably Through the Looking Glass, the sequel to Alice in Wonderland. It showed me how a sequel is written and has an excellent basic plot.

If you could live in any time period, when would it be? Why?

As for times to live, while I really like the present, the Baroque era had so much fun stuff in it if you had the money. Of course that’s always the problem even with the present.

Each of the stories in this volume evoked certain themes and emotions that can sometimes be approximated with music. The below video is the editor’s best interpretation of the feelings and themes that this author’s story evoked. Please note that this is only the editor’s interpretation. The author did not know this portion of the blog post existed until the editor published it.

Launch DateMarch 1, 2022
The big day is here!
Follow Through a Glass Darkly on WordPress.com