In the next week, I have two more appearances:

Otherwise, here’s a cumulative summary of all the promotional activity I’ve compiled as of October 30, 2020. The major additions are my interviews on the Baen Free Radio Hour (I’ve since shorn the Grizzly Adams beard) and The Veteran’s Show on WLMR Radio-DB as well as a Weird World War III review by Analog Science Fiction and Fact Magazine. So far, Weird World War III has garnered media appearances in the following formats:

More specifically, Weird World War III has been mentioned or appeared in the below formats and venues:

Below are the BookScan US trade paperback sales as reported by Amazon for the period of October 19th through October 25th by geography. As a reminder, BookScan compiles point-of-sales data from ~10,000 retailers throughout the US, including Barnes & Noble, Amazon.com, Target, and Buy.Com. Retailers such as Wal-Mart and Sam’s Club do not participate. As such, BookScan estimates that this point-of-sales data represent about 75% of all brick-and-mortar and online retail print book sales in the US. It does not include ebook sales, sales outside the US, sales to libraries, or used book sales.

According to Bookscan, Weird World War III sold 27 copies last week, which is less than the 49 sold in the second week. However, the book’s Amazon rankings have stabilized to plus or minus 100,000 for both print and KDP sales. Also, the Philadelphia region’s print retail sales only increased by one book week-over-week, so Between Books‘ 41 sales still haven’t materialized. So again, the data is highly flawed. I’ll check in again next week, but my sense is I won’t have a clue how this book is doing until January, if and when returns come in.

On the plus side, Amazon reviews for Weird World War III continue to trickle in, and all have been four or five stars, so at least there’s some forward momentum there.

Also, if you’re reading this and still haven’t purchased a copy yet, please do. All you need do is click one of the links below. If you have purchased a copy, thank you so much. If you don’t mind doing a quick Amazon review, I would be even more grateful.

So I just spent a few days in the Eastern Sierras in a town called Lone Pine for a Top Secret writing project. I took a bunch of photos of the area to get a good feel for it and am posting them here to share with folks and to consolidate my research in one easy place.

My story, “The Demon Piper of Holy Hill“, is featured in the Summer issue of MYTHIC: A Quarterly Science Fiction & Fantasy Magazine.

The story is a dark retelling of the Piped Piper of Hamelin. And it takes place in my wife’s hometown of Harvard, Massachusetts! 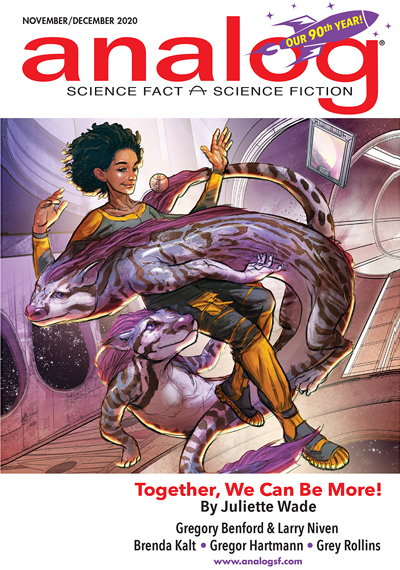 The November / December issue of Analog Science Fiction and Fact Magazine contains a nice little review of Weird World War III. You can check it out here.

“The stories go off in all directions. Torgersen’s ‘All Quiet on the Phantom Front’ involves NATO forces who cast a magic spell that goes wrong; John Langan’s ‘Second Front’ brings World War III to the Moon; Shoemaker’s ‘The Ouroboros Arrangement’ provides a quantum physics explanation for why the Cold War didn’t turn Hot. The other stories are all equally interesting, ranging from hard SF to magical fantasy to dark horror-adjacent tales.”