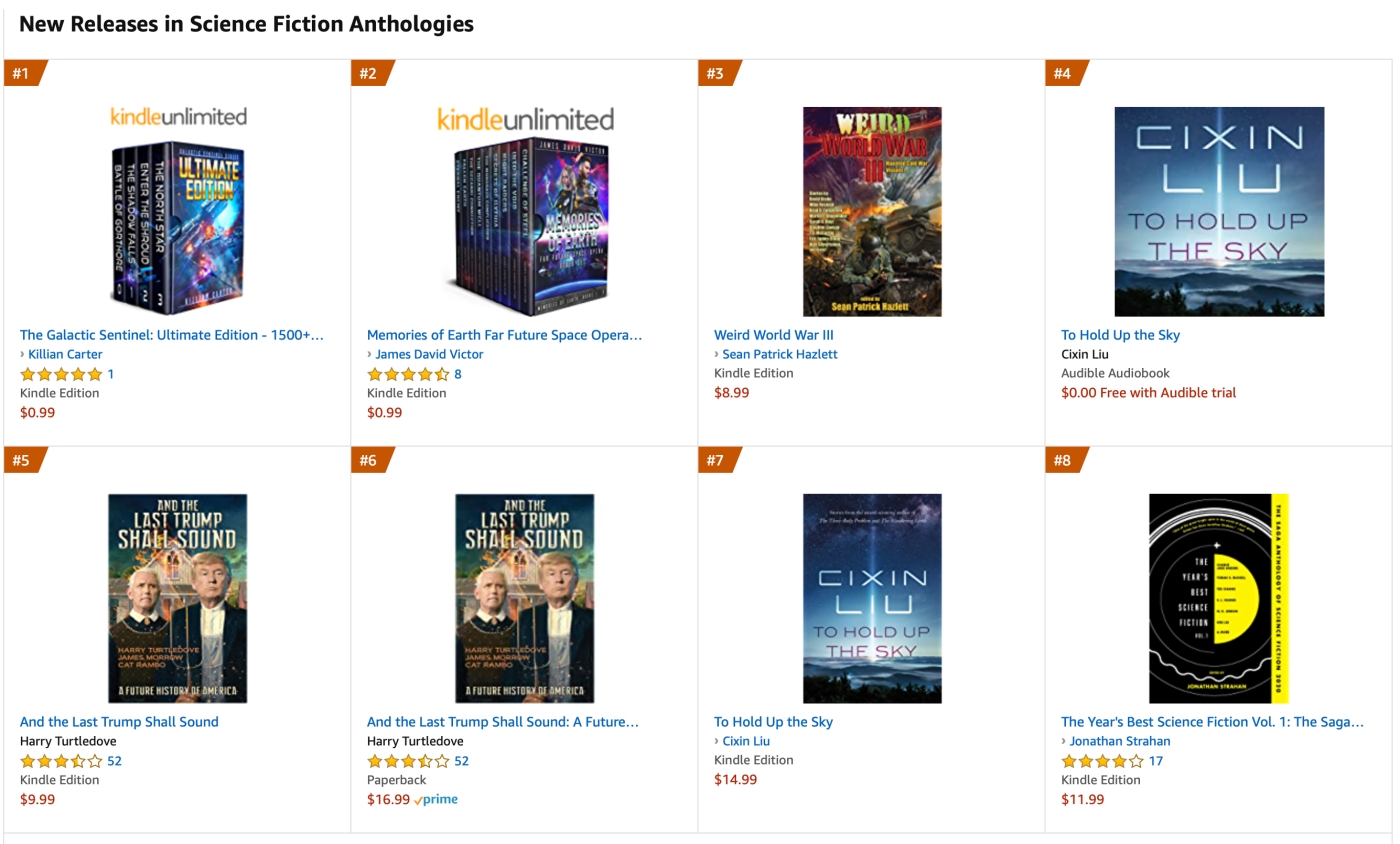 Within its first two days of launch, Weird World War III ranked as high as #3 on Amazon for new science fiction anthologies. For an unknown editor, I would qualify this as a success.

Having just gone through this process, I’ve put together some tips for new anthology editors. Some of these lessons may also benefit more experienced editors. As a caveat, these lessons are specific to my own experience. They may not apply to all cases. To the extent it was helpful, I used the data I gathered in the process of producing Weird World War III to come up with some rough rules of thumb.

I hope you find this summary helpful.

In putting together Weird World War III, I focused on four key areas, which I call the 4Ps: Pitch, Process, Production, and Promotion.

The first step of creating an anthology is to develop the concept and then pitch that concept to potential publishers. When you create a pitch, you should consider the following elements below:

If you’ve found this blog post useful, please share liberally. Also, please pick up a copy of Weird World War III to see how it all came together.

One thought on “So You Want to Create an Anthology: The 4 Ps of Anthology Production”

Launch DateMarch 1, 2022
The big day is here!
Follow Through A Glass Darkly on WordPress.com