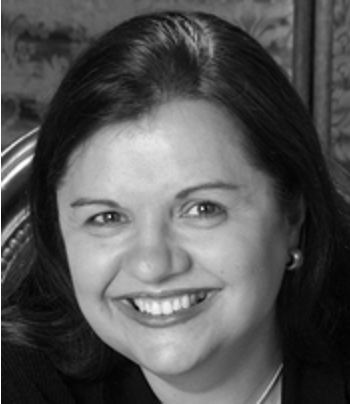 Sarah A. Hoyt was born in Portugal and lives in Colorado. Along the way she engaged in all sorts of unlikely occupations, but writing might be the strangest of all. She’ published over thirty-two novels (probably thirty-four but she doesn’t feel like counting) with various publishers, and over one hundred short stories in magazines such as Analog, Asimov’s, Weird Tales and various anthologies. Her first published novel Ill Met By Moonlight was a finalist for the Mythopoeic Award, her novel Darkship Thieves won the Prometheus Award, and her novel Uncharted (with Kevin J. Anderson) won the Dragon Award for Alternate History.

Tell me about yourself. Where are you from? What’s your background?

Um…. I was born in Portugal. I came to the US first as an exchange student and met my husband, but since we were both 18 and liked each other, we spent an entire year fighting, after which I went back to Portugal. We reconnected by a fluke 4 years later and got married in South Carolina. Three years after that I was naturalized in Charlotte, NC. So, technically I’m from Charlotte, NC.

Not quite sure how to answer this. Until I was three I wanted to be a cat. Having realized it wouldn’t happen, I decided to be an angel.  Having realized I needed to die for THAT, I decided to become a writer. However, in Portugal no writer lives from writing, so I decided to get a degree to support me… So, I’m a year short of a doctorate in modern language and literature, with emphasis on English and German. I also picked up French, Swedish, Italian and a bit of Spanish along the way. All gone now since 30 years ago I quit my last honest job as multilingual translator to become a writer. Well, English – my third language, actually, remains, and a bit of Portuguese, and French, but all the rest has left.

If this doesn’t answer the question, please ask again.

What kinds of stories do you write? Why?

However I make no promises.

Why? Well, they show up in my head and drive me insane until I pin them down to the paper.

Mostly, though, whatever the genre, I write stories about people.

Which of your short stories is your favorite? Why?

Oh, dear. Probably “So Little And So Light” because it was very difficult to write and required diagrams, and also because it might be the most libertarian thing I ever wrote.

What authors have had the greatest influence on your writing? Why?

Robert A. Heinlein – I like his worlds and his people.

Agatha Christie – mostly because her elderly women remind me of grandma, but also because I enjoy the way she writes murders without making everyone evil.

Ray Bradbury – because he knew how to reach for the emotions and yank.

Fernando Pessoa – because he broke language to allow the meaning out.

I probably should stop now? But there’s a good half a dozen more.

Besides yourself, which other contemporary authors would you recommend?

Recommending myself would be crass. Again, the problem is an embarrassment of riches and it’s embarrassing because some of these people are personal friends now:

Should I stop now?

What’s the craziest thing that’s ever happened to you?

Oh, dear. So, when Dan and I were eighteen, just before I went back to Portugal, a car broke down on us in the middle of nowhere, Ohio. (It’s a long story, but that was weird enough as the car should not have broken down the way it did.) Being two kids out there alone, we were terrified. Then this very nice middle aged couple stopped and gave us a ride to a place we could call for help. They really were nice, but they kept talking as if WE were married, which was weird.

When we turned fifty we realized we looked a lot like those people. We have no explanation. We also don’t have a time machine.

Oh, dear. Talking back to guys with machine guns while all I had was an umbrella?

Throwing a shoe at the head of the representative of the USSR who came to talk at our 7th grade class? (Particularly crazy because I had purple socks on. I mean, middle-grade girl.)

Packing my bags and coming across the ocean for a year when I’d never spent a night away from home?

Marrying my husband when we had never dated and had been apart for 4 years?

However probably the one that takes the cake is writing books in my third language and expecting to be published.

Tell me about a time you almost died.

When I was 33, I got pneumonia and spent 11 days in ICU. My kids were 1 and 4. But what really bothered me was all the books I’d never written.

Tell us something about you that very few people know.

When I’m depressed I like sweet and bland foods.

What is your favorite speculative fiction genre? Why?

Space Opera, followed closely by Mystery (all sorts, from cozy to hard boiled.)

I don’t know. I mean in a pinch I’ll read anything (and have) but those are the ones I gravitate to most often. Though, of course, a really good author can get me to love other genres.

If you could live anywhere in the world, where would it be?

Denver, Colorado. Though I might have to leave due to problems with altitude as I age.

What was your favorite subject in school? Why?

Portuguese because they let me write stories. But it was closely followed by history and physics.

What’s your favorite book? Why?

Judging by most-often-re-read The Moon Is A Harsh Mistress.

If you could live in any time period, when would it be? Why?

Now. Unless I could live in a better future.

Having been born in a house without heating, little electricity (one lightbulb per room), and with the bathroom outside, I feel massively spoiled living now. That’s without counting the fact that cars were a rarity, planes something that only the very rich used, and my mom laughed when I told her (at 5) I’d one day live in a house with running hot water. I like our creature comforts. Being comfortable gives the mind more scope.

Now, I’d love to have a look-a-scope into the past, to see say Elizabethan England, and such. But I wouldn’t want to live there.

Each of the stories in this volume evoked certain themes and emotions that can sometimes be approximated with music. The below video is the editor’s best interpretation of the feelings and themes that this author’s story evoked. Please note that this is only the editor’s interpretation. The author did not know this portion of the blog post existed until the editor published it.

Launch DateMarch 1, 2022
The big day is here!
Follow Through A Glass Darkly on WordPress.com